A hidden gem of previously unreleased prog rock from a powerful and dynamic band. – Wax Poetics

It was January of 1972 when Nurt, a four-member progressive rock band from Poland, took part in a festival of avant-garde music. The group won a recording session at a professional Studio M-1 at Polish Radio headquarters in Warsaw. Along with the grand prize, their composition “The Son Of Fear” received an extra award for the best arrangements.

Getting a pass to a studio was quite an achievement for an unknown band that would mainly gig at college dorms and jazz festivals. The local scene in Poland had a lot of talent at that time and Nurt was undoubtedly one of the main acts offering brand new concepts people were completely unfamiliar with. Stepping into a radio studio was one of the limited ways of having an album recorded in Communist Poland, and could possible lead to signing a deal with a record label. Communism restricted the evolution of rock music in Eastern Europe and the media neglected the phenomenon that was seen as promoting the “American way”. Artists had to pay attention to lyrics being censored.

With valuable access to high quality recording equipment for only three days, the long-haired, leather jacket donning members of Nurt brought their own hard earned instruments and spontaneously used other available studio gear (including a gong) and spent every moment from noon to night composing their very first six tracks for the use of “Studio Rytm”, the one and only show at Polish Radio to showcase this sort of music.

The result is this self-titled album containing the group’s very first recordings that have never been commercially released on vinyl in 40 years, until now. This vinyl-only release (limited to 500 copies) holds a unique blend of radiant fuzz guitar, jazz-rock, and psychedelia recovered from the era of the East European Curtain and re-mastered by Sound by Sound Records from its original master tapes.

All recordings are enhanced with the heavy ambient sound of Studio M-1, the place where only top Polish orchestras performed live or recorded for the purpose of national radio broadcasting and state owned phonographic industry.

This newly discovered classic from beyond the Iron Curtain is an essential 72’ recording and captures rock at its purest, most progressive form. 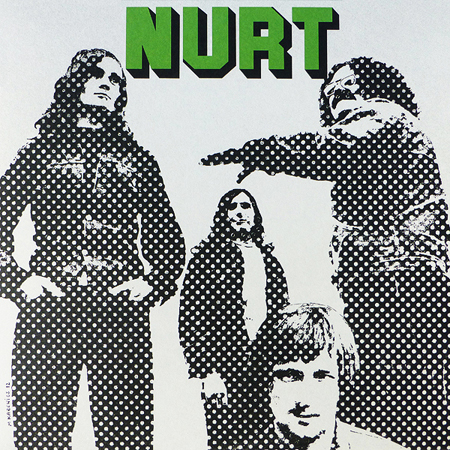