The music here was unissued at the time, but stands with the best fusion releases of the period on Polskie Nagrania and Supraphon (and maybe even MPS). – Dusty Groove

Crash is one of the most interesting Jazz-Rock ensembles from behind the Iron Curtain. Originating from Poland, the band performed with Sonny Rollins in the 1970s and won awards at the largest European festivals. Kakadu (Lost Tapes: 1977-1978) consists of tracks never previously released on vinyl.

Being an incredible fusion of Jazz-Rock and Funk, the album is a display of the band’s amazing sound in its probably best years. Totally absorbing percussion, piercing sound of the trumpet, saxophone, guitar and keyboards, accompanied by extremely characteristic vocals in one of the songs.

The recordings from 1977-78 were found in the vast archives of Polskie Radio, precisely copied from original tapes and remastered exclusively for 180 gram vinyl. Limited pressing of 500. An amazing adventure. 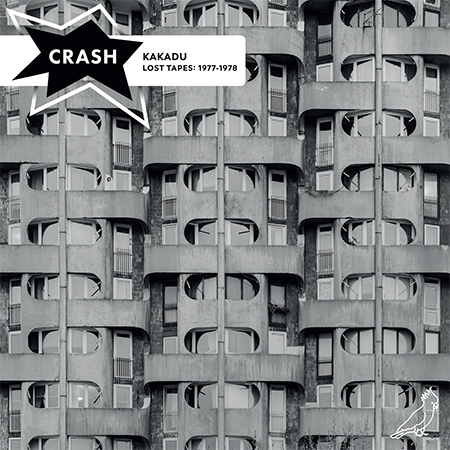